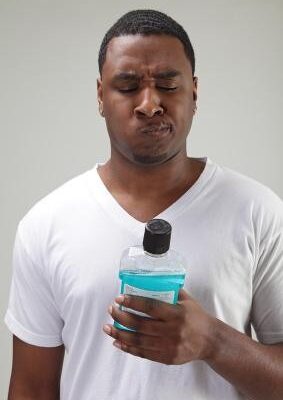 Using mouthwash should be a regular part of your oral hygiene routine. Along with proper brushing and flossing, using mouthwash can help promote oral health. Mouthwash can help get into the crevices between your teeth and other areas that are difficult for a brush to reach, making it easier to combat tooth decay and gum disease.Still, because some children can be prone to drinking mouthwash, it is not recommended that you allow them to use it unsupervised. At least, not until they are old enough to use mouthwash properly.

Introducing Your Child To Mouthwash

Rather than just handing a bottle of mouthwash to your child, you should explain to him or her what it is, and how it should be used. Let your child watch you use mouthwash before you ever give it to them.Even then, it is generally not suggested that children any younger than 6 years old use mouthwash. Depending on the flavor, it could prove too tempting to them, and they might attempt to drink it.

From the age of 6 until about 12 years old, your child can use mouthwash under your supervision. Again, the temptation to drink it can be quite strong for some children. While some incidental swallowing of limited amounts of mouthwash won’t be too harmful, drinking it could have some serious consequences.Of course, every child will differ in his or her emotional maturity, and the above ages are merely guidelines. Watch your child closely, and then decide when is the best time for him or her to begin using mouthwash.If you have any questions about letting your child use mouthwash, we are happy to talk with you. Feel free to pick up the phone and give us a call. We are here to help you help your child!